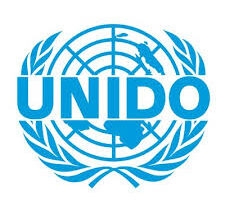 The US Embassy Tanzania to Tanzania assists Tanzanians to build and sustain a healthier, more prosperous and secure nation through accountable, democratic governance which responds effectively to the needs of citizens and acts to curb threats to the security of Tanzania, its neighbors and the wider world. Specifically, the Mission works with Tanzanians to fight HIV/AIDS and malaria, improve infrastructure, increase access to education, and promote economic development. These goals are accomplished through a partnership between Americans and Tanzanians and between their governments. The New Embassy Compound housing the American diplomatic Community in Tanzania officially opened March 04, 2003 with memorable fanfare and approximately 700 embassy staff, friends, Government of Tanzania officials, members of the diplomatic corps, private industry, and family members. The New Embassy Compound in Dar es Salaam was the third new American Embassy facility to officially open in the East African Community-Kampala in April, 2001, Nairobi in March, 2003, and Dar es Salaam in March, 2003. The Government of Tanzania was the primary inspiration for the site along Old Bagamoyo Road in Kinondoni at Msasani Village.

NEW VACANCY AT THE US EMBASSY TANZANIA, NOVEMBER 2022

The Embassy is seeking to hire qualified and eligible individuals to fill new vacant positions. READ FULL DETAILS THROUGH THE PDF DOCUMENT BELOW: