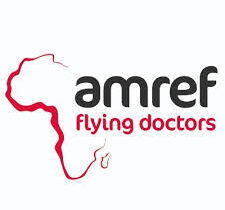 The Tanzania Broadcasting Corporation (TBC) is a Public Service Broadcaster established by Government Order in 2007 and became operational on the 1st of July 2007 replacing the then Tanzania Broadcasting Services Taasisi ya Utangazaji Tanzania (TUT). TUT was established in the year 2002 pursuant to Public Corporation Act No 2 of 1992, Government Notice No 23 of 14th June 2002. Its formation was a result of a merger of Radio Tanzania Dar es Salaam (RTD) which was established in 1972 and Televisheni ya Taifa (TVT) which was established in 1999. It is Tanzania’s national network and is government-owned and operated with content that includes news, entertainment, music, fashion and political information. The main objective of the Broadcasting Corporation is to inform, educate and entertain the public through programs variety of Radio and Television.  To be a leading Public Broadcasting Agency with professionalism, appreciation of culture, creativity and that meets the needs of its audience and customers. Empowering citizens through professionally organized projects and programs that provide information, to educate, entertain, reflect and add value to their lives.