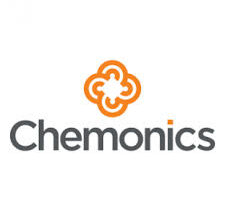 The International Residual Mechanism for Criminal Tribunals (IRMCT) is mandated to perform a number of essential functions previously carried out by the International Criminal Tribunal for Rwanda (“ICTR”) and the International Criminal Tribunal for the former Yugoslavia (“ICTY”). In carrying out these essential functions the Mechanism maintains the legacies of these two pioneering ad hoc international criminal courts and strives to reflect best practices in the field of international criminal justice. The United Nations Security Council created the Mechanism on 22 December 2010 as a “small, temporary and efficient structure”. The Mechanism started operating on 1 July 2012 in Arusha, United Republic of Tanzania, and on 1 July 2013 in The Hague, the Netherlands. The Arusha branch inherited functions from the ICTR, and the Hague branch from the ICTY. The Mechanism operates across two branches: one branch in Arusha, United Republic of Tanzania, and the other in The Hague, the Netherlands.The Mechanism consists of a single set of Principals: a President, a Prosecutor, and a Registrar. The Principals have responsibility over both branches of the Mechanism and oversee each of the three organs.

The organization is seeking to recruit qualified individuals to fill a new vacant position. READ FULL DETAILS THROUGH THE PDF DOCUMENT ATTACHED BELOW: