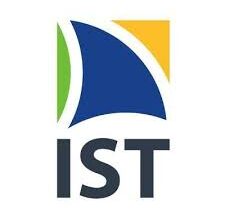 Tanzania Commercial Bank PLC (TCB) is one of the oldest bank in Tanzania tracing its history since 1925 when Tanganyika was under British Rule and was then known as Tanganyika Postal Office Savings Bank (TPOSB). It later became a Savings Bank under the then East African Post and Telecommunications Corporation which ceased to operate after the collapse of the East African Community and led to the formation of The Tanzania Posts & Telecommunications Corporation (TP&TC). The Tanzania Post Office Savings Bank was formed under TP&TC and continued its operations until 1991 when it was transformed into a separate entity from TP&TC as Tanzania Postal Bank (TPB) by The Act of Parliamenty No. 11 of 1991 which was repealed in 2015. In 2016 the bank was incorporated under the Companies Act (Cap 212) as TPB Bank PLC and in 2018 TPB Bank PLC was merged with Twiga Bancorp Limited and Tanzania Women’s Bank Limited. In 2021, TIB Corporate Bank Limited and TPB Bank PLC were merged to form Tanzania Commercial Bank Plc (TCB). Over the years TCB has been transformed into one of the largest and most profitable commercial bank in Tanzania.

The bank is looking for qualified Tanzanians to fill a new vacant position. Read full details from the PDF Document below: