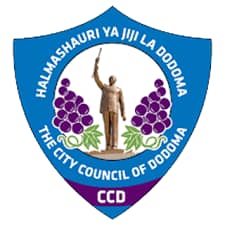 Bariadi District Council was announced as a District Council in 1985. The Council is among six District Councils in Simiyu Region, alongside with Bariadi Town Council, Busega, Itilima, Maswa, and Meatu District Councils. Under Article 148 of Local Government District Authorities Act of 1982, all Local Government Authorities; including Bariadi, are mandated to play three main functions, these are: maintenance of law, order, and good governance; promotion of economic and social welfare of the people in their areas of jurisdiction and, ensuring effective and equitable delivery of qualitative and quantitative services to the people within their areas of jurisdiction. The District Council is located North of Tanzania and South East of Lake Victoria it lies between Latitude 2015” and 3010’ South of Equator and longitude 33040” and 35010” East of Greenwich. The Council is bordered by Busega Districts (Simiyu Regions) to the West, Bunda and Serengeti Districts (Mara Region) to the North, Maswa Game Reserve to the East, Maswa and Itilima Districts (Simiyu Region) to the South. Administratively, Bariadi council is divided into 3 divisions, 21 wards,84 villages and 515 hamlets distributed unevenly.

The executive director of the council is inviting applications from Tanzanians to fill new vacancies. Read full details from the PDF Document below: