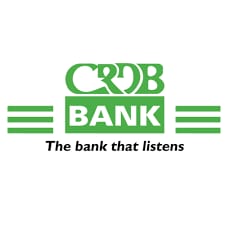 Mbulu District Council  one of the six districts of the Manyara Region of Tanzania. It is bordered to the north by the Arusha Region and Lake Eyasi, to the east by the Babati Rural District, to the south by the Hanang District, and to the west by the Singida Region.  According to the 2002 Tanzania National Census, Mbulu District had a population of 237,882 inhabitants. According to the 2012 Tanzania National Census, the population of Mbulu District was 320,279. Mbulu District is, since the 2015 general election, divided into two election counties: Mbulu Mjini and Mbulu Vijijini. The vision of the District Council is to be a model council in the Country for provision of economic and social services with regard to sustainable development. The Mission of the Mbulu District Council is to facilitate and coordinate the provision of quality economic and social services to the communities through participation of different stakeholders. The 2015-2020 members of parliaments are Zacharias Isaay (CCM) and Flatei Massay (CCM), for Mbulu Mjini and Mbulu Vijijini respectively.

The executive director of the council is inviting applications from Tanzanians to fill various vacancies. Read full details from the PDF Document below: