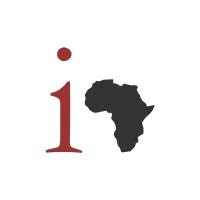 Coca-Cola Kwanza Limited is a subsidiary of Coca-Cola Beverages Africa (CCBA). CCBA is the largest African Coca Cola bottler, accounting for 40% of all Coca-Cola volumes on the continent. CCBA is a market leader in the NARTD (Non-Alcoholic Ready to Drink Market) in Africa. Coca Cola Kwanza has an extensive footprint in Tanzania employing over 700 employees. Kwanza holds commanding annual sales of over 30,000,000-Unit Cases, with a market share of over 55% and a turnover of 190 Billion Tanzanian shillings as of 2018. Coca-Cola Kwanza operations covers 54% of Tanzania land mass (Geographical Coverage). CCBA is pursuing an ambitious growth strategy that is aligned with The Coca-Cola Company’s 2020 Vision and will be supported through investment in manufacturing, sales, distribution and marketing. We aim to be the leading Coca-Cola bottler in Africa, delivering profitable and sustained growth through increased availability and access to Coca-Cola beverages across Southern and East Africa. Coca-Cola Beverages Africa (CCBA) is the  eighth largest Coca-Cola bottling partner worldwide and the biggest on the African continent. We serve 14 countries in sub-Saharan Africa including South Africa, Eswatini, Ghana, Kenya, Ethiopia, Mozambique, Tanzania, Uganda, Namibia, Mayotte, Comoros, Botswana, Zambia and Lesotho. We boast a diverse pan-African footprint with more than 36 bottling plants serving over 600,000 outlets across the continent. CCBA employs more than 16,000 people and enjoys the number one market position in all of our 13 territories.

The company is hiring!.Read full details by downloading the PDF FILE attached below: